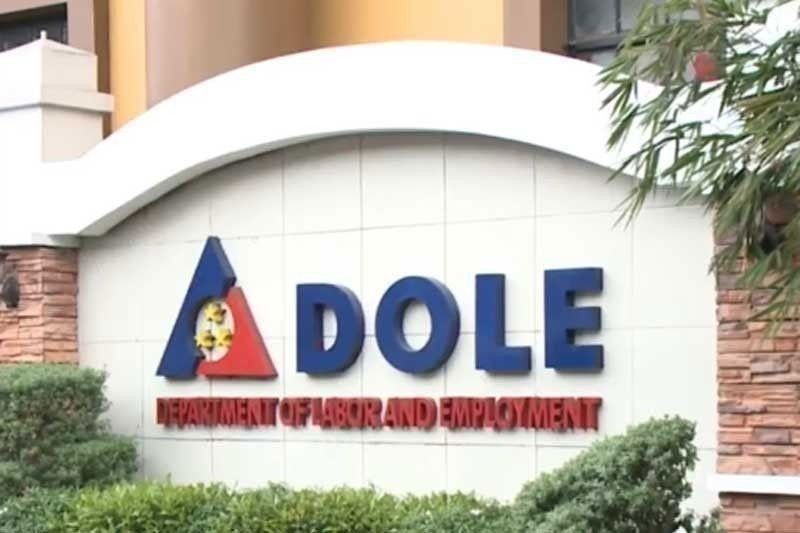 MANILA, Philippines — Several “gaps” have been reported by the Audit Commission in the implementation of the Ministry of Labor and Employment’s 16.9 billion peso Tulong Panghanapbuhay sa Ating Disadvantaged/Displaced Workers or TUPAD program .

In its 2021 annual audit report on DOLE, the COA said that while the agency was commendable for the high rate of utilization of its TUPAD funds – contributing to the “government’s agenda of inclusive growth through massive job creation and poverty reduction” – significant discrepancies were observed by the audit team.

He noted that “the regularity and/or validity of the financial assistance given to the various beneficiaries of TUPAD could not be verified at the Central Office (CO), National Capital Region (NCR) [and] Regional Offices (ROs) I, III, V, IX, XII and XIII due to uncleared fund transfers, unavailable/invalid/incorrect numbers and missing beneficiary details.

The COA also cited “unsubstantiated claims and lack of documentary requirements,” as well as “insufficient follow-up and validation of beneficiaries, remittance centers (MRCs) and [project] promoters” among the shortcomings identified by its audit team.

DOLE’s TUPAD program provides emergency employment to displaced, unemployed, and seasonal workers, for a minimum of 10 days but not exceeding a maximum of 30 days, depending on the nature of the work to be performed.

Under this program, workers receive corresponding wages based on the regional minimum wage.

The COA said that for the NCR, receipt of employment assistance for 11,885 of the 17,533 listed TUPAD beneficiaries “could not be validated” due to unanswered calls, contact numbers unavailable, invalid or incorrect while other listed recipients have no contact details at all. .

The COA said that the implementation of TUPAD in the NCR was also marred by other shortcomings such as failure to observe limitations on working days, beneficiaries receiving minimum wages regardless of the number of days they work. worked, with recipients receiving less than the agreed amount and some recipients “receiving financial assistance even without working.

The central office of the DOLE, meanwhile, was called about the fund of 5.493 million pesos that it transferred to the local government of Lanao del Sur for the supposed implementation of TUPAD, which remained unliquidated as of December 31. 2021.

RO 3 (Central Luzon) was called in for releasing full payments to 885 TUPAD beneficiaries despite incomplete supporting documents such as signed contracts, barangay or LGU certification that the beneficiaries performed the work, number TUPAD identification, as well as signature in payroll form acknowledging receipt of wages. The COA said the signatures of 20 recipients also did not match between the contract and the payroll form.

The COA, meanwhile, reported to RO 10 (Northern Mindanao) its failure to “thoroughly and diligently profile and assess the 618 identified beneficiaries,” citing questionable Community Tax Certificates (CTCs) that served as the basis for the identification of each beneficiary. .

“Gaps such as identical serial numbers for two recipients, issue date on a non-working holiday, and confusing serial numbers were noted in the CTCs,” COA said.

As for RO 13 (CARAGA), the COA indicated that a cash advance of 31.954 million pesos, supposedly for the payment of salaries of 9,529 TUPAD beneficiaries, was granted to the cashier despite the absence of documents supporting document.

The COA recommended that DOLE “investigate the incidents uncovered by the audit team and take immediate action.”

The COA said that DOLE should also ask its program manager to review the existing guidelines on the implementation of the TUPAD program “especially if there are co-partners such as LGUs to avoid problems arising. on payments, beneficiary selection, etc.”

The Department of Labor and Employment is currently working on finding ways to make it easier to apply for local employment and become a regular worker.

Labor Secretary Bienvenido Laguesma told a press conference last Friday that there was a need for the DOLE to simplify requirements for job seekers as well as those seeking regularization of employment.

“It’s tedious for candidates to go back and forth (throughout the process),” Laguesma said in Filipino, adding that the move comes in addition to DOLE’s efforts to provide workers with skills upgrading and training. .

Additionally, the DOLE is undertaking a review of existing employment policies as well as the impact of government-initiated job fairs on labor supply to Filipinos, he said.

“You may have noticed that we advertise 100,000 or 10,000 vacancies during a job fair that lasts one or two days, (but) only 10 or 20 are immediately hired,” Laguesma said. “Maybe we should increase those numbers.”

The new labor chief said he wanted to find out if the low hiring rate was due to a mismatch between jobs and skills or if the jobs on offer at the fairs were non-existent.

“I want to talk to those who provide this kind of information. Are these job offers really real and available or are they just promises with no real hiring for work? he joked.

Laguesma said the DOLE will also review Philjobnet to see if the jobs are easily accessible to job seekers. He said the requirements placed on job seekers should be easily met.

The DOLE is already preparing for the operational changes that will be brought about by the creation of the Department of Migrant Workers (DMW).

He said the DOLE and DMW will issue joint notices next week to guide staff and OFWs on operational changes, including budget allocations.

“Remember that the fund is allocated to the Ministry of Labor and Employment so we are responsible for it and need to sort this out with the DBM (Ministry of Budget and Management) for a smooth transfer,” said Laguesma.