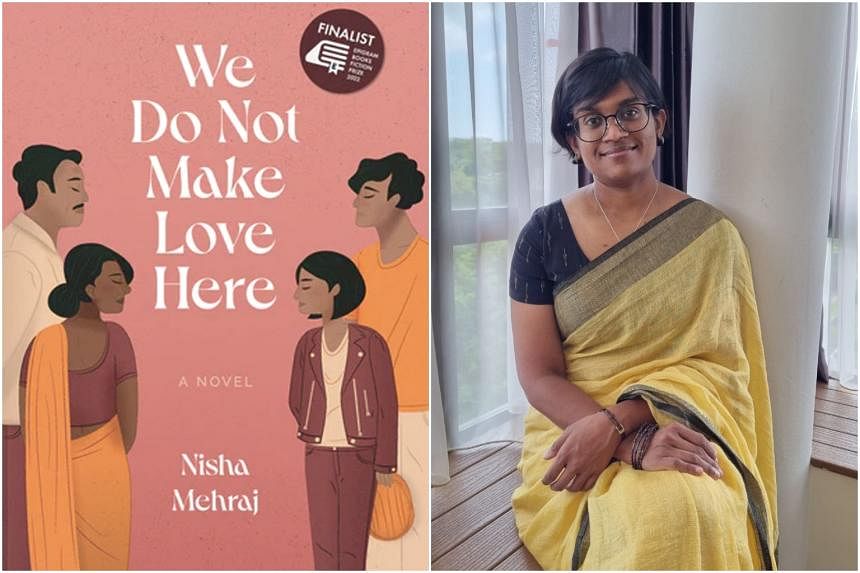 SINGAPORE – Three years ago, Nisha Mehraj made a bold decision: she quit her day job as a secondary school teacher to focus on writing.

Her efforts paid off when her manuscript for a novel was shortlisted for the 2022 Epigram Books Fiction Prize.

We Do Not Make Love Here, a family saga told from the perspective of four ordinary Indian Singaporeans, is out now.

“It’s a kind of validation,” rejoices the 37-year-old, now a preceptor.

The Epigram Books Fiction Prize is a prize for unpublished English novels. The 2022 winner – Malaysia’s Karina Robles Bahrin – won $25,000, while the other finalists, including Nisha, received $5,000.

The price is a cash advance on future royalties.

One of the judges, Intercultural Theater Institute co-founder T. Sasitharan, hailed Nisha’s novel as “a narrowly focused story with intense insight into the deep subjectivities of ordinary, seemingly ordinary people…one everywhere finds a strong and visceral presence of women – as daughters, wives, mothers, girlfriends and workers – which serves to weave the story.

The other judges were Shirley Chew, a professor at Nanyang Technological University (NTU); Amir Muhammad, founder of publisher Buku Fixi in Malaysia; Margaret Thomas, then president of the Women’s Association for Action and Research; and Edmund Wee, publisher of Epigram Books.

Nisha, an only child, grew up in a Housing Board flat in the Bedok Reservoir area. She was raised by her single mother – now a senior payroll officer at the Ministry of Finance – and her grandmother, who was once a mee goreng peddler.

At polytechnic, she studied film before heading to NTU to pursue studies in English literature and creative writing.

His few publishing successes – a short story, Chai, in the Mascara Literary Review; and We Don’t Make Love Here, her first novel – met with numerous rejections. The rejection letter for one of his short stories, however, contained helpful comments.

“One of the editors responded and said, ‘Are you sure you’re done with the characters? It got me thinking – in fact, I’m not really done with them. I always silenced them.”

She ended up writing We Don’t Make Love Here, which delves into the lives of ill-fated couple Chandru and Meera, their son Siddharth and their neighbor’s granddaughter Malli.

The manuscript Nisha sent to Epigram was her 10th draft. “I didn’t really have a plot. I was listening to the four characters talking to me. I wanted to mute the situation and make them bigger than the situation itself,” says self-described Nisha as a method writer.

“If I write about Meera or Malli, I can only do them that day. When I enter their psyche, I think like them, I act like them.”

‘Family time is precious’: Formula 1 team boss Christian Horner opens up about his marriage to Geri

Jessica Hawkins talks about Zandvoort, Monza and the track