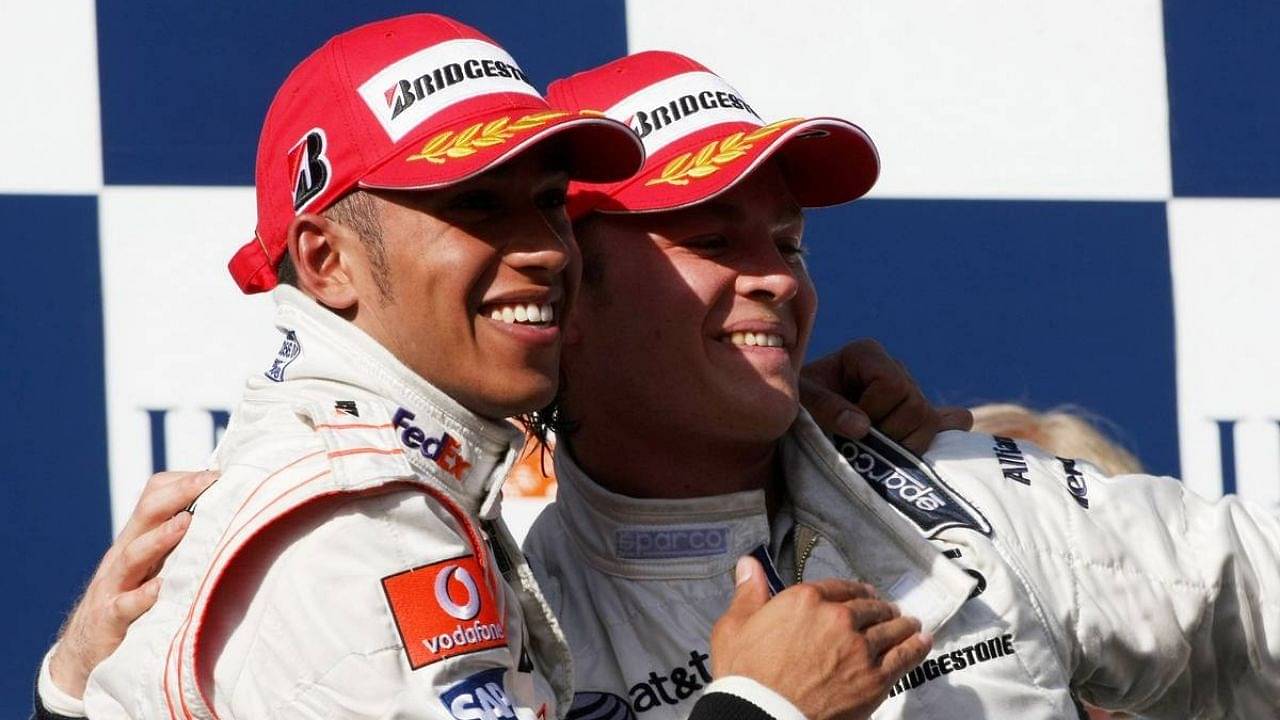 ‘It will be a dream to go to the McLaren second team’: Lewis Hamilton predicts McLaren stint in 2007 while being compared to Nico Rosberg

Lewis Hamilton had a great introduction to the world of F1. In his debut season he finished second in the Drivers’ Championship just one point behind Kimi Raikkonen.

In the 2006 GP2 series season, Hamilton faced Nelson Piquet Jr and Timo Glock who would also join the Briton in their dream Formula 1 careers.

As they say, the rest is history. Lewis Hamilton has currently won seven world championships during his F1 career. However, let’s go back to an interview where he predicted joining a lower-tier team instead of McLaren in 2006.

Lewis Hamilton drove a memorable race at the Nürburgring. He took his first GP2 series win after also overcoming a driving penalty.

Also Read: Lewis Hamilton Claims Only His Niece and Nephew Give Him His Knighthood

Martin Whitmarsh, who worked for McLaren at the time, described the Briton’s driving as truly stunning. The current CEO of Aston Martin Technologies was amazed by Hamilton’s performance.

✨ @LewisHamilton at the Nurburgring…

Speaking to the media after the race, Hamilton described the victory as a “fantastic achievement”. He recognized the team’s efforts by winning both Nurburgring Grand Prix.

The Stevenage lad was speculated to be ahead of Pedro De La Rosa and Gary Paffett for the seat at McLaren. Despite the strong showing, Hamilton always predicted he wouldn’t go straight to McLaren. Explaining this, he said: “I don’t expect to jump straight into McLaren. I would have thought that I would go to a lower team.

Asked about his association with McLaren and his plan regarding F1, Hamilton intelligently replied: “At the moment my plan is to focus on GP2 racing. McLaren have given me fantastic support over the years, I hope that will continue.

#Today in 2006, @McLarenF1 announced that they would place a recruit @LewisHamilton in their car for the 2007 season.

The rest is history. pic.twitter.com/c3vQkDOw2a

How to get emergency money to repair a car?