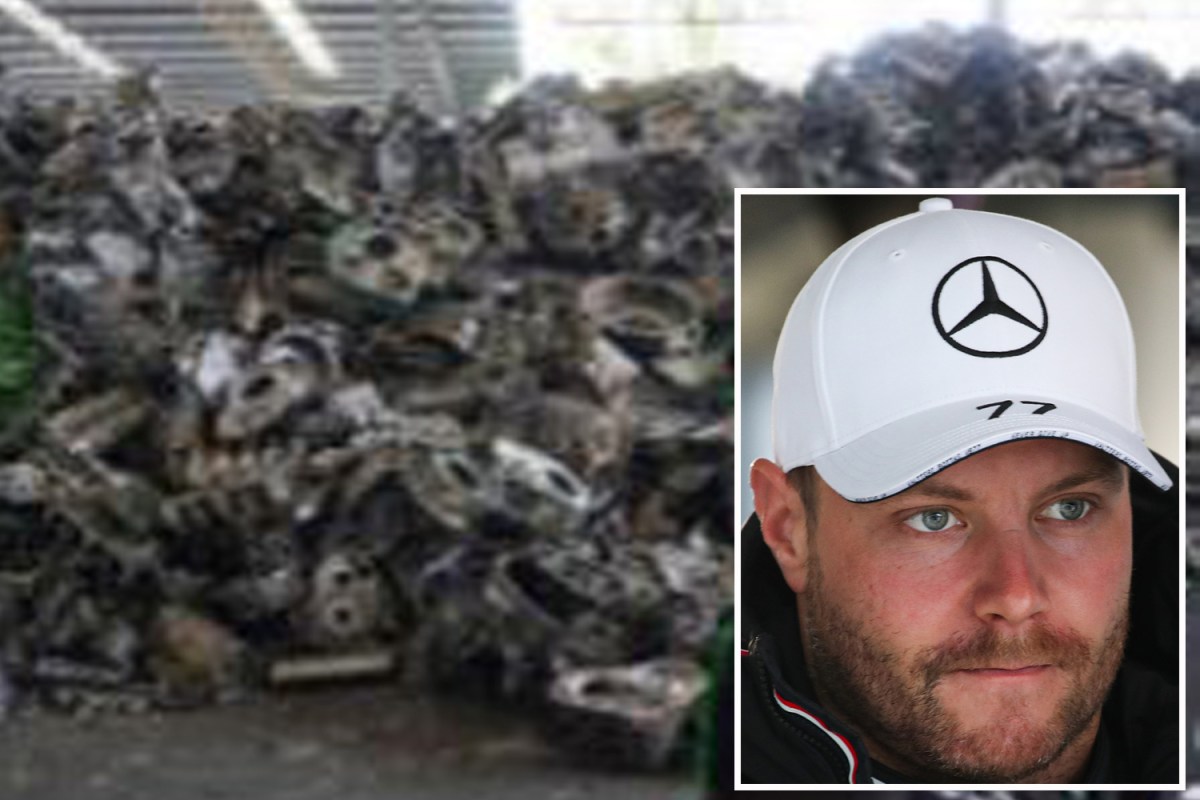 The Finn, who will leave the team at the end of the season after Merc failed to offer him a new contract, reposted an image on Instagram that could have upset his bosses.

Bottas used a photoshopped image of himself smiling at a heap of junk and the phrase “just a picture of Valtteri with all his engines”.

It comes after the 32-year-old was demoted to the back of the grid for Sunday’s Russian GP for using his FIFTH Engine of the Year.

F1 rules only allow three engines per driver per season and, if they take more than their stipulated allowance, are immediately penalized with grid penalties.

However, SunSport has learned that the team will not be bringing up the matter with Bottas, although his performance in Russia has come under heavy criticism.

He spent most of the race circling in 14th position until a late downpour of rain mixed up order with quick-thinking Merc strategists calling him for tires at the right time.

But his inability to fight to stop Hamilton’s title rival Max Verstappen from dropping from last place to second has drawn much criticism.

The Dutchman passed Bottas unopposed, raising a lot of eyebrows while not trying to stop him.

Damon Hill said: â€œYou can’t ignore the fact that the guy who came in second started the race behind him and his teammate won the race.

â€œValtteri, during the race we expected him to put up a little defense to fight the Mercedes corner against the Red Bull team and Verstappen, but he seemed to wave him through.

“Maybe he just didn’t want any trouble. Looks like he’s not racing. It was almost like a present to Max.”

Bottas will be replaced by George Russell next season, but Merc won’t be in a rush to replace him early.

Although Stoffel Vandoorne and Formula E champion Nyck de Vries are on hand, Merc has said they will not change their roster of drivers mid-season.